How much disclosure of deal dirty laundry is necessary in order to fully inform a Corwin/Volcano cleansing vote?

In Elizabeth Morrison v. Ray Berry et. al., (dated July 9, 2018), the Delaware Supreme Court reversed the Delaware Chancery Court’s dismissal of deal litigation based on obtaining a cleansing vote under Corwin/Volcano because the defendants failed to show “as required under Corwin” that the vote was fully informed. The deal litigation arose from the sale of The Fresh Market to a private equity buyer through a cash tender offer that involved The Fresh Market’s founder and his son, who owned collectively 9.8% of The Fresh Market shares, rolling over their equity. The plaintiffs contend that the founder and his son teamed up with the private equity buyer to purchase The Fresh Market at a discount by inducing the board to run a process that gave the private equity buyer an improper bidding advantage. The plaintiffs used a Delaware General Corporation Law Section 220 books-and-records demand and then Section 220 litigation to seek and obtain board minutes and emails with the founder’s counsel that the plaintiffs then used as evidence in the post-closing fiduciary duty case. The Delaware Supreme Court found that a reasonable stockholder would find the following information that was not included in the Schedule 14D-9 to be material, and therefore, the tender was not fully informed and the business judgment rule was not invoked:

Savvy plaintiffs’ counsel are likely to continue to make Section 220 books-and-records demands prior to closing in order to obtain discovery that can be used to challenge Corwin votes and support post-closing deal litigation.

In preparing the Background and the Reasons sections of Schedule14D-9/Proxy Statements, we need to scrutinize minutes and email communications during the process and consider disclosing information that may suggest that the process was less than ideal in order to have a record that enables dismissal of post-closing deal litigation based on a valid cleansing vote.

Transactions involving stockholders who receive different consideration or otherwise affect the pre-signing process (even if they are not controlling stockholders) are likely to get more scrutiny on the review of the record to determine whether the vote was fully informed. 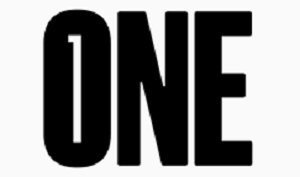