The Ninth Circuit U.S. Court of Appeals last month sided with the Federal Trade Commission and required divestiture to unwind a consummated acquisition between two health care providers. In doing so, however, the court broke with long-standing precedent and accepted, in principle, a role for efficiencies in analyzing mergers.

The decision in St. Alphonsus v. St. Luke’s provides valuable appellate-level insight into the treatment of merger efficiencies—long an equivocal issue before the federal courts. As the Ninth Circuit was quick to point out, prevailing Supreme Court precedent holds that “economies cannot be used as a defense to illegality.”

While expressing some lingering skepticism about the efficiencies defense, the Ninth Circuit—which hears appeals of antitrust challenges to mergers and acquisitions in California, as well as Alaska, Arizona, Idaho, Montana, Nevada, Oregon and Washington State—indulged the parties’ efficiencies-based arguments. This is a big step, given long-standing circuit court precedent that had rejected efficiencies as a merger defense. In doing so, the court was careful to emphasize the “linchpin” of the analysis remains whether the merger is likely to increase—not harm—competition. The court concluded, “the Clayton Act does not excuse mergers that lessen competition … simply because the merged entity can improve its operations.”

It is becoming increasingly clear that evidence of merger efficiencies may be introduced to counter a prima facie merger challenge based on market shares, both before the Department of Justice and FTC and in court. St. Alphonsus provides support for such arguments. Prudent companies exploring a potential merger with a competitor should thus evaluate, analyze, and document proposed efficiencies early in the process of considering a transaction, and should pay attention to how the efficiencies may enhance competition, consulting with counsel and economic experts.

Since 2016, Cooley has handled 1,000+ M&A transactions, with an aggregate value of more than $345 billion, making our practice one of the most active in the world. Learn more

Sunrun to Acquire Vivint Solar for Enterprise Value of $3.2 Billion

MIRROR Agrees to Sell to lululemon for $500 Million

Finicity Agrees to Sell to Mastercard for Up to $985 Million

ArcherDX Agrees to Combine With Invitae in $1.4 Billion Deal 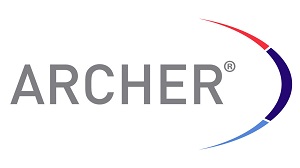 Sazerac to Acquire Whiskey Brands and Distillery From Brown-Forman